Once you serve in the military, you’re forever connected to other service members, regardless of branch or job or rank – or even if you’ve never met before. There will always be an unspoken understanding of the sacrifices made for a purpose far greater than yourselves.

That was the case when teams of current and past military members showed up to work on the home of Moses Piohia, a veteran of the U.S. Army National Guard, at Honolulu Habitat’s first ever Veterans Build event.

“The Veterans Build gave us the opportunity to contribute as a team to the island community where we live and work, building alongside one of our veteran brothers and his family. It’s very rewarding to be of service to a member of our Army ohana and our neighbor.” – John Phillips, TF Oceania

There was also a volunteer team from the event’s sponsor, Hawaii Pacific Health.

“It was both a privilege and an honor to sponsor and participate in Habitat for Humanity’s first Veterans Build event.  Hawai‘i Pacific Health has a large population of veterans in our workforce, including myself, so we know firsthand the sacrifices made for our country.  Helping one of our veterans with his housing needs is a small but important step in caring for an important segment of our community that helps to create a healthier Hawai‘i for us all.  A sincere mahalo to everyone involved.” – Ray Vara, President & CEO of Hawaii Pacific Health

The event took place across two days in February and April. Each day generated familiar comradery among new friends while creating more support and awareness for affordable housing on Oahu.

Each team also helped raise funds that will empower future Honolulu Habitat homeowners on their journey to financial stability and independence. Thanks to the volunteer fundraisers and generosity of our sponsor, Hawaii Pacific Health, a total of $3,500 was raised for our organization.

To see what projects each team mastered and what working on a build site looks like, check out these photos, courtesy of Howard Wolff Photography. 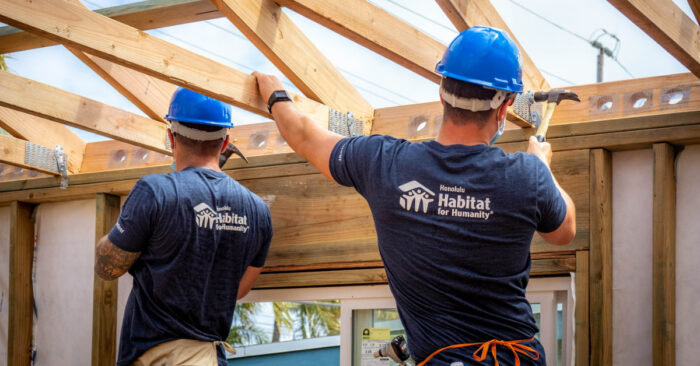 Moses Piohia is a Waimanalo native and U.S. Army National Guard veteran. He enlisted at the age of 17 after graduating from Kailua High School.

“I learned from all walks of life,” Moses recalls. “It was a tremendous experience.”

A single dad of four, Moses is working toward a better life for his children and future generations. He has worked hard to get to where he is now and he’s helped others along the way. After contributing more than 300 Sweat Equity hours to the homes of his Honolulu Habitat neighbors, construction of his Habitat home began in December 2020. The project is expected to be complete mid-summer.

Today, Moses is an essential worker at Bellows Air Force Base, and soon, he’ll be a Habitat Homeowner! Learn more about his story and the obstacles he overcame below.

What is Veterans Build?

Since 2013, more than 4,500 veterans and their families have partnered with Habitat for Humanity to improve their housing situation. Every veteran deserves a decent place to live and the stability and independence to live a happy life.

“Helping with this event and working with Moses was so fulfilling. His kindness and warm demeanor, along with the rest of the crew, made the experience a lot of fun. I’m looking forward to more Veterans Build events in the future!” – Mackenzie Furlong, Veterans Build co-chair & military spouse on Team JIOC

How can I help?

You can donate to the Honolulu Habitat Veterans Build in honor, or in memory of, a military veteran. The veteran, or the veteran’s family, will receive a card in the mail recognizing your gift in their name. Any gift, no matter the size, will help a family create a better life for themselves and their families.

If you’d rather donate your time, you can see what date on our calendar fits best with your schedule to volunteer on a build site or at our ReStore.

A special mahalo to our Veterans Build sponsor: 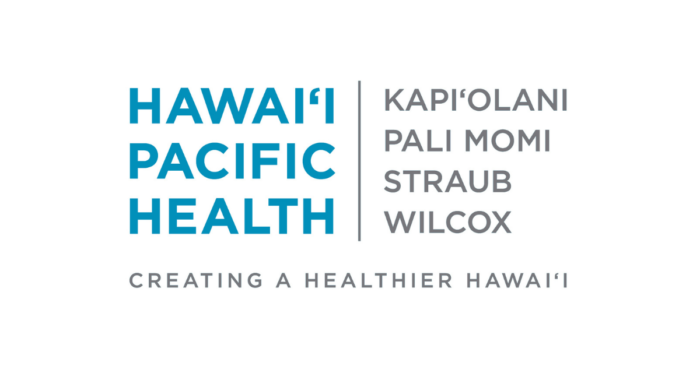