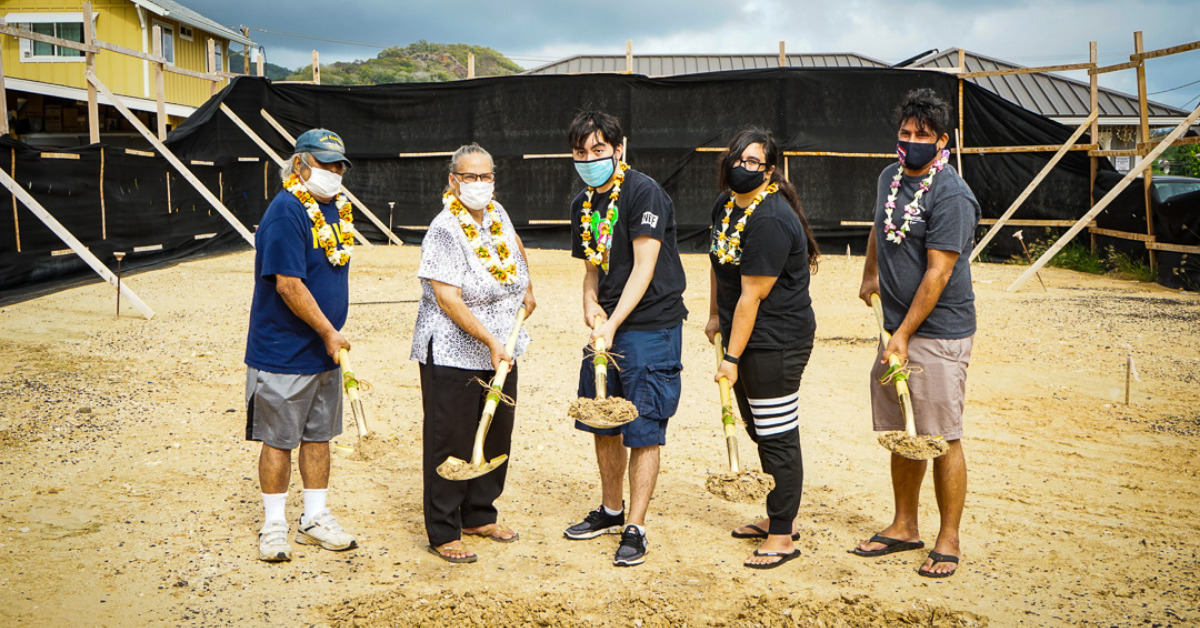 Since 1971, Enid and Lloyd Young have been on the wait list for Department of Hawaiian Home Lands. Fifty years, three children and seven grandbabies later, they are finally getting their chance to build a home of their own.

Last Friday, Enid and Lloyd gathered with their family and Habitat staff to commemorate the start of their journey toward homeownership.

Their grandchildren, Maddie and Logan, will share the 3-bedroom house in Waimanalo. “It’s a foundation,” said Maddie of their future Habitat home.

The blessing was conducted by Vicar Paul Nahoa Lucas of St. John’s by-the-Sea Episcopal Church. The Youngs have been caretakers of the church for 40 years.

“They are humble. They don’t ask for anything, but they do so much for our community.”

“The Young family is synonymous with our congregation,” said Vicar Lucas, “They are humble. They don’t ask for anything, but they do so much for our community.”

In 1965 Lloyd enlisted in the U.S. Navy. He spent four years stationed on the USS Radford – one of America’s most decorated destroyers. After the ceremony he shared stories of his time in the service and remarked on his experiences touring the mid-Pacific.

“How fortunate I am, to be here today,” he said, standing on the site of his future Habitat home.

We will celebrate Lloyd and honor his military service next month during our Veterans Build. Seven teams of active duty, veteran and civilian volunteers will join forces to help raise the walls of his home.

Make a donation to Veterans Build in honor of Lloyd Young.